× Home Services About us Work Blog Career Get In Touch

Cryptocurrency Trend – what to expect in 2022

The digitization of our day-to-day lives has begun, and not to mention, the speed at which the digital era is unfolding at its best. Digitization of money too is slowing ascending to normalcy all around the globe.

Covid – 19 pandemic caused an economic shock to the world in 2020, second after the financial crisis of 2008. Despite the pandemic affecting every financial market, cryptocurrencies have shown remarkable resiliency.

However, 2021 has been important to crypto markets and blockchain. The pandemic has given boost to use of digital payments. The fast increase in the digitization and internet, have created a favorable environment for digital currency.

Cryptocurrency – the word, that is buzzing, but is still a vague term for many. Simply put, cryptocurrency is a digital currency created and managed through cryptography – an advanced encryption technique. It is a digital form of currency used to buy goods and services. It does not have a physical form.

To secure online transactions it uses an online ledger, secured with strong cryptography. A technology called blockchain is used in cryptocurrency, which is - a decentralized technology that records and manages transactions, without personal identifying factors. Unlike other forms of digital investments and currency, these are not backed by a regulatory power, or any traditional lending institution. The transactions made are highly confidential, irrespective of the transaction size.  The top reason for the popularity of this technology is the security it provides.

Cryptocurrency once an academic term formed its real existence in 2009, with the creation of – ‘Bitcoin’, which is the most popular cryptocurrency till date. Bitcoin is the world’s first decentralized digital currency.  A large number of companies have issued their unique currencies, known as tokens, which can be specifically used to trade for the goods and services provided by the company.

According to market research, there are more than 14,500 cryptocurrencies traded publicly, and they continue to proliferate. The total value of Bitcoin, which is the most popular digital currency, is marked at about $1.1 trillion!

For a long time Bitcoin stayed in the shadows, however, in 2017 it started gaining popularity, sending its market price high during that year. By March 2020, the pandemic hit and the value of Bitcoin saw a steep descent. However, it bounced back to its high yet again soon. The highest value of all cryptocurrencies was above $2.9 trillion in November 2021.

Know the hype – why is cryptocurrency popular?

While the digital world is fascinating in many ways, it sure has more reasons for cryptocurrencies and their popularity. Let us take a look…

Its supporters hail cryptocurrency as the currency of the future. Due to its increasing value, many are investing in it at an early stage before their value skyrockets. Some people are only interested in it, as it has high value. Most people do not look up to it as a long-term form of digital currency to move money. Many like the fact that central banks do not manage and control the supply of money in cryptocurrency. Since with time, these banks tend to decrease value of money citing inflation.

Cryptocurrencies have a strong security. Many supporters like blockchain technology, which has a decentralized processing and recording system. These are believed to be safer than other conventional digital payment systems.

Is cryptocurrency a safe choice?

Throughout the history of cryptocurrency, it has seen a lot of instability. The value graph for bitcoin and other digital currencies has witnessed frequent lows and highs. For many who envision cryptocurrency as the currency of the future must note that, any currency needs stability for consumers and merchants to determine a fair price for goods.  However, the volatile trade trends of cryptocurrency create a conundrum. It is the volatility that has led to polarizing views on whether investing in crypto coins is a safe bet or not. Considering bitcoin will be of high value in the coming future, it can be assumed that fewer people will use them as viable currency now, thereby reducing its circulation and spending.

Should you invest in cryptocurrency?

Whether you invest in cryptocurrency can be determined by your core objectives and the risks you are willing to tolerate. Experts suggest investing in crypto assets is risky but also has a profit potential. Let us look at the benefits and risks:

Cryptocurrencies are commonly known as Bitcoin and Altcoin. The bitcoin was first decentralized crypto, created in 2009. Currencies other than Bitcoin are called Altcoin.

Along with the above mentioned, there are many types of cryptocurrencies in the market. Cardano, Stellar, Dogecoin, Monero, Avalanche, TRON, Zcash, EOS, Neo, Dash, USD coin, are to name a popular few. Despite all the competition, Bitcoin still rules the crypto market, with its usage and economic value.

Cryptocurrency – a controversial trend or the future of global finance?

The Indian government recently announced considering the regulation of digital currencies and a close watch on its market. The winter session of the Parliament is likely to see the introduction of a bill to regulate cryptocurrencies. Reports of a ban on Cryptocurrency for transactions or payments have surfaced. The government could however allow it to be held as assets, bonds, or gold. The Central Bank in India is looking at issuing its own digital currency in the market.

Prime Minister of India, Mr. Narendra Modi, has called for all nations to work together on streamlining cryptocurrency. Though India has grown its digital footprint; unregulated crypto markets are a major concern, that may become avenues for black markets, illegal trade, money laundering and terror financing.

To sum it up, experts suggest cryptocurrency is still new and abstract, with very little history to calculate predictions. Some nations have included this technological revolution in their economy and slowly are beginning to legalize transactions in crypto, however, many countries on the other hand, think cryptocurrency needs to be regulated, to prevent financial crisis in the future.

Many investors support the thought of sticking to conventional investment options, especially for long-term wealth. Cryptocurrency is highly volatile, and hence experts advise to invest, only what you are prepared to lose. 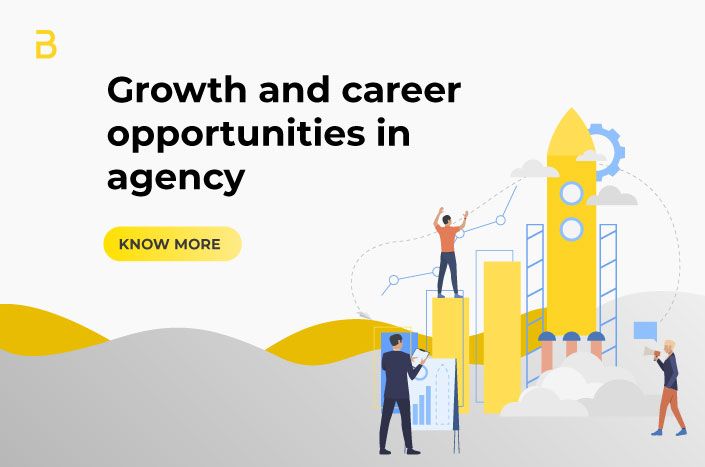 How you can make a career in creative studio We are a full thriving advertising and marketing agency located in Pune. We are here to transform your brand for the future. Our unmatched insights for the future assist you in navigating through the market challenges.

Get the best branding services for your business from Pune’s number one Advertising and marketing agency.

Copyright © 2023. All rights reserved by SenseBite